Senator McCaskill #1 Most Unpopular – 4 Months in a Row

It’s a four-peat: once again, Senator Claire McCaskill has been ranked the #1 most unpopular Senator in America on a ballot this year, according to Morning Consult.

Now less than two months out from Election Day, the latest numbers show McCaskill is at just 38% approval, 46% disapproval (that’s a net-negative approval of 8 points). A majority of Missourians also say it’s time for a new Senator.

“Claire McCaskill and her dark money allies have spent millions of dollars in Missouri this year with little to show for it,” said Kelli Ford, spokesperson for the Hawley campaign. “She consistently votes against Missouri when it matters – from opposing middle-class tax cuts, to being wrong on the last 5 Supreme Court justices, to voting against the border wall. Washington is broken because of career politicians like Claire McCaskill, so it makes sense she’s the most unpopular and people want someone new.” 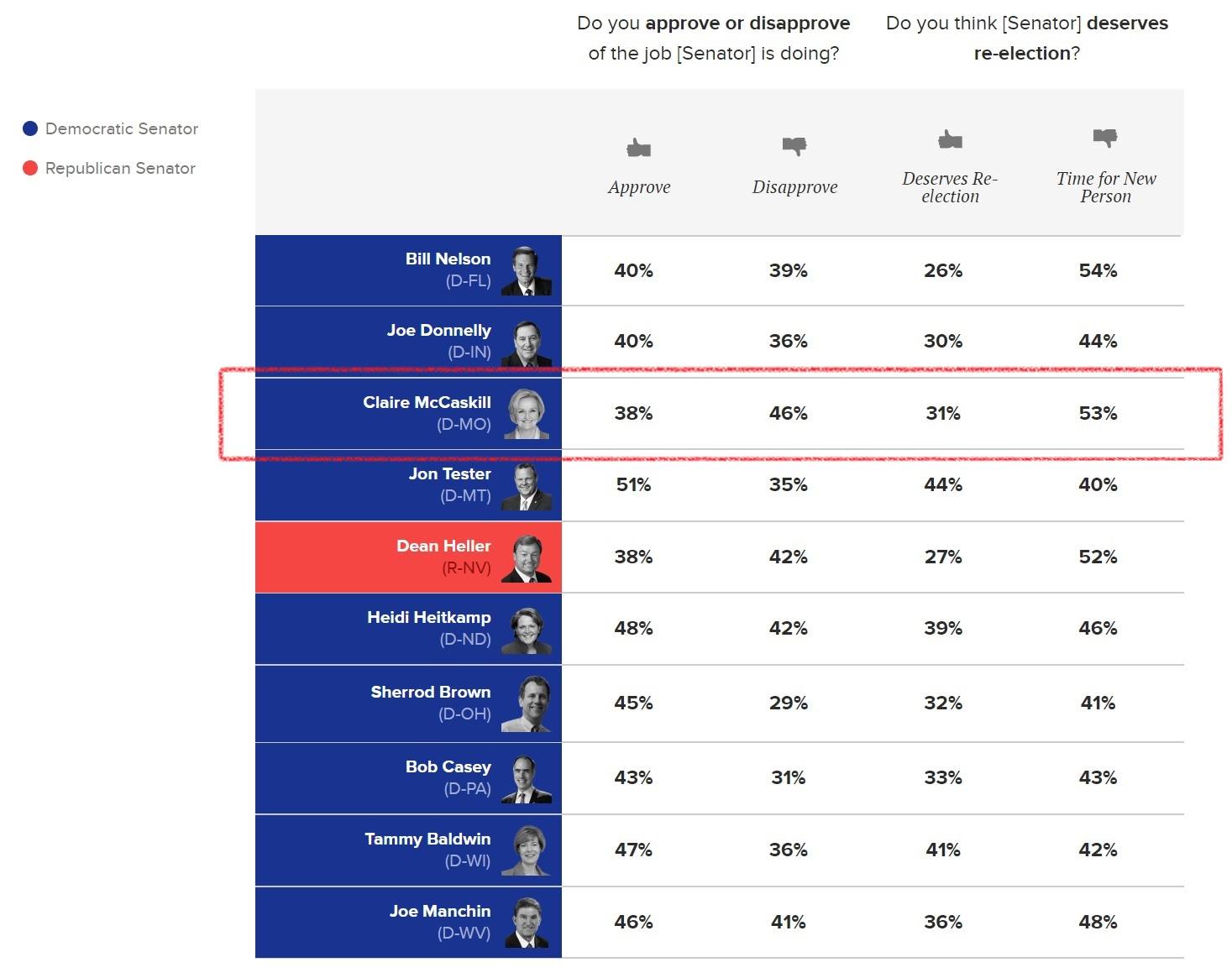